Ruby is a mature general-purpose, programming language. You will know how to use Ruby for a wide variety of programming tasks, including its features, its elegant syntax and full object orientation in this module of training.

Learn the different naming conventions, variable assignments, Method calling semantics and much more in this module.

Incorporating the need and importance for polymorphism in this module of training.

Knowing all the built-in classes in this module of training.

To educate you over concepts of iterations, exceptions and exceptions classes and much more in this module.

This module gives actual and detailed knowledge over Cucumber features, Scenarios, Framework, Tagging and much more.

Capybara allows you to plug in different drivers that run interactions in several different ways—using a real browser like Firefox, IE, or Chrome, or a number of different browser simulators. In this module, you’ll learn how to use Capybara and when to use the various available drivers it provides.

Intro to Capybara
Elements and semantics in Capybara
Xpath in Capybara
Finding elements
Actions
Interacting with elements on webpage
Function flows Integration with Cucumber and Ruby. 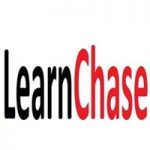